Via Twitter Spaces, Ryan interviews Scott Glassgold, who answers an array of questions in regards to pitching, budgeting, casting your lead, look books, studio vs. independent filmmaking, and funding feature and TV projects.

Scott Glassgold is a Manager and Producer with well over a decade of experience. After getting his start at New Line Cinema and Disney, Scott Founded Ground Control, an innovative Management, and Production company. From there, he’s gone on to nurture several short films and initial ideas to final feature films – such as Prospect and The Beyond.

Scott Glassgold is a Manager and Producer with well over a decade of experience. After getting his start at New Line Cinema and Disney, Scott Founded Ground Control, an innovative Management, and Production company. From there, he’s gone on to nurture several short films and initial ideas to final feature films – such as Prospect and The Beyond.

Recently Scott has driven several high-profile deals like his recent 7 figure sale of “My Wife and I Bought a Ranch” to Netflix,

Brett and Drew Pierce are the writer/director team behind the new horror film THE WRETCHED, an old school creature feature with more going on under the hood than just scares.

While having a background in Hollywood productions, the brothers still approach their work with a “do-it-yourself” attitude and a complete willingness to roll up their sleeves and get their hands dirty to make their film happen. Their infectious passion has led to them releasing their latest feature under IFC Films and will undoubtedly grant them more great features to come.

Find music to fit any project!

More from the Pierce Bros

How do you get your first feature made? It’s the question every aspiring filmmaker wants answered. Today Ryan speaks with Ricky Staub — writer, director, and entrepreneur. After coming off the success of his first narrative project, The Cage (developed in collaboration with Film Supply) Ricky connected with the producers that would help make his first feature a reality.

He and Ryan cover everything from his years working under the prolific producer Sam Mercer (on films like THE LAST AIRBENDER, DEVIL, and SNOW WHITE AND THE HUNTSMEN), to starting his own commercial company to hone his technical craft. They explore and dive deep into a discussion about the path and experiences of writing and directing his first feature film, starring IDRIS ELBA no less! You don’t want to miss this!

Scott Glassgold is a Manager and Producer with well over a decade of experience. After getting his start at New Line Cinema and Disney, Scott Founded Ground Control, an innovative Management and Production company. From there he’s gone on to nurture several short films and initial ideas to final feature films – such as Prospect, The Beyond, and his latest sale to Paramount, The Follower.

Recently, Scott has partnered with Screen Gems to produce horror proof of concepts with an eye towards developing them into feature films. The program is called Scream Gems and aims to collaborate with up-and-coming filmmakers to produce horror shorts with the primary goal of developing new, original content into feature films. Follow Ground Control on twitter for updates!

MORE FROM SCOTT AND GROUND CONTROL 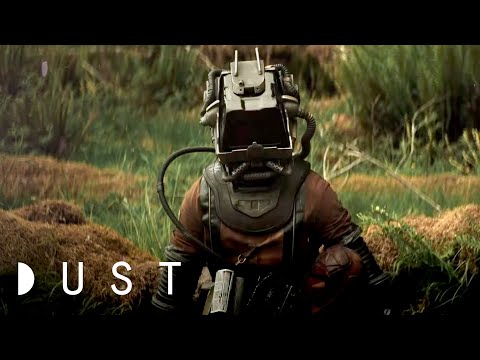 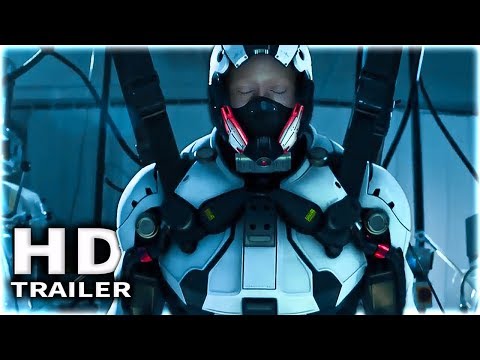 Musicbed is packed with excellent music that you can license for your project. Now they have a subscription for less than $10 a month to get all the music you want and a free 30-day trial. Check it out here: MUSICBED

Other Places to Listen/Subscribe
ITUNES – GOOGLE PLAY – STITCHER – OVERCAST – YOUTUBE – SOUNDCLOUD – PODBEAN – SPOTIFY
Avi Youabian is an editor with credits like The Walking Dead, Constantine, Frequency, The Brave, and a director with credits in The Walking Dead, Zoo, and Tainted Love.  Today, Ryan talks to Avi about directing, editing, and the difference between television and film with editor/director.

Soundly is a fully featured sound effects platform for Mac & PC. Find your perfect sound effect in their massive cloud library, index local sounds, and share files in the Soundly Collaboration Cloud. With a wealth of features and a friendly interface, Soundly makes you a better and happier editor!

I’ve been using soundly for months now and it is a serious time saver! The organization and agility as a designer that it gives you, is worth its weight in gold! Get 10 DAYS FREE by downloading soundly at getsoundly.com and use the code filmriot. 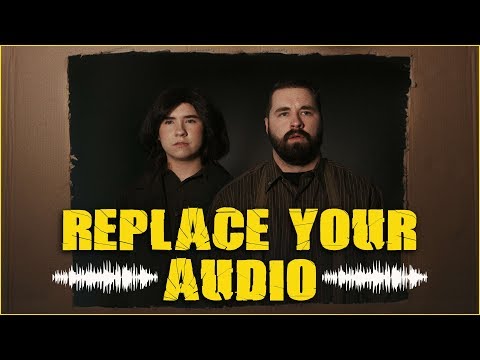 And our second sponsor:

Our friends at Musicbed just launched their subscription option, Membership! For the first time, get unlimited access to hundreds of emerging indie artists and leading composers in a subscription format — all cleared for YouTube.

And with a Membership for every type of filmmaker, using great music in your films has never been easier or simpler.

We also collaborated with Musicbed on an upcoming video to celebrate the launch of Membership. Let’s just say there are tanks, grenades, and teddy bears involved. Check it out later this week on the Film Riot YouTube channel! 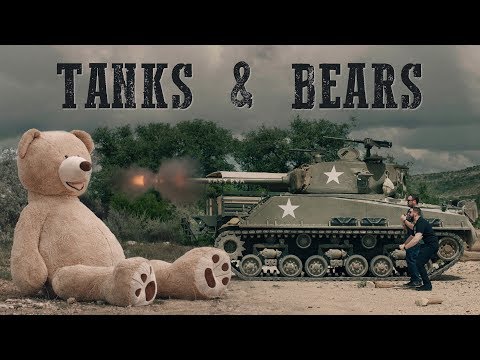 Aputure makes high-quality gear for filmmakers without the typical high costs! From LED Lights, Field Monitors, Microphones and Follow Focus Systems, they have a wide assortment of kickass gear. Check out their stuff here – www.aputure.com

They also have a great YouTube channel of their own, packed full of educational goodness for filmmakers. Check out one of their recent videos below. 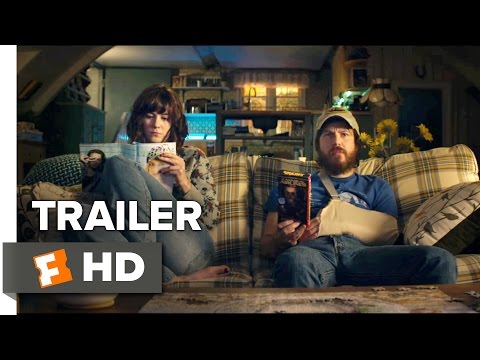 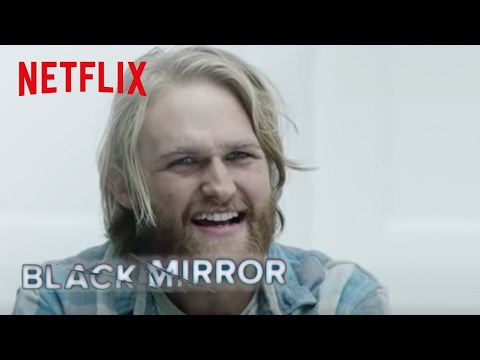 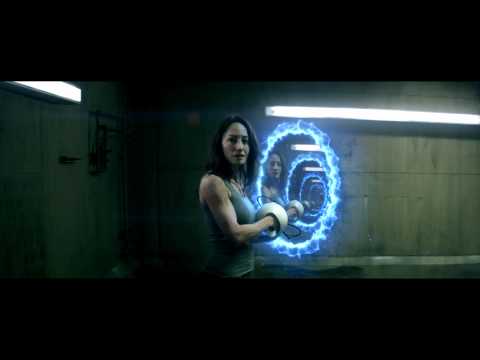 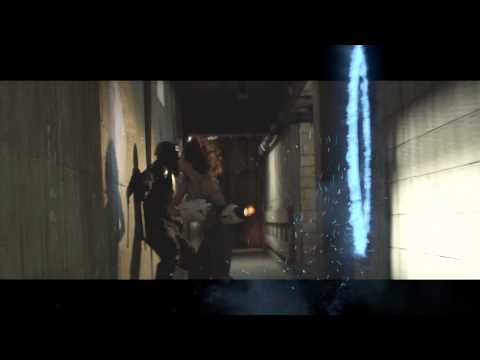 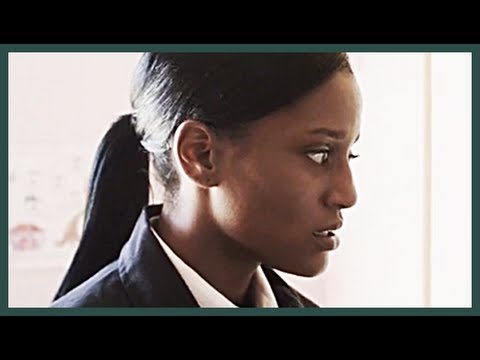 @H2Daniel My guess would be no, since that would be shifting the video footage off its frame. Creating in-between frames. I could be wrong though.

@H2Daniel @ThiagoPerryS @videocopilot I don’t believe so. It’s all based on frames. 24fps, 30fps, etc…

No episode this week due to multiple cases of little b**ch syndrome. We’ll be back next week. Kisses.