Rediscovering the Art of Under-cranking

These days, camera manufacturers are obsessed with adding “k’s” to their resolutions and offering progressively higher frame rates for better slow-mo capabilities. And sure, this has revealed a new world of possibilities for post-production effects; but it’s also had unintentional consequences.

Our fascination with the latest and greatest technology has consigned other techniques to the background of our minds, where they lay forgotten and gather dust. One of my favorite long-lost techniques is under-cranking.

In the right hands, under-cranking can add a natural motion blur to your hyper lapse or give product videos a snappier, more engaging style. Because it’s not used that often, under-cranking almost always stands out when compared to more modern filmmaking trends.

Let’s explore how under-cranking works and a few examples of how you can use it in your projects.

Back in the day, camera operators had to crank a handle to roll film through the camera. It seems like a tiring, thankless process.

If the camera was cranked quickly, more footage was exposed, which meant more frames and a more detailed look with slower movements. Welcome to over-cranking. If our camera guy cranked his camera slowly, fewer frames would be captured and movements would look jerky and sporadic. This technique was dubbed under-cranking. 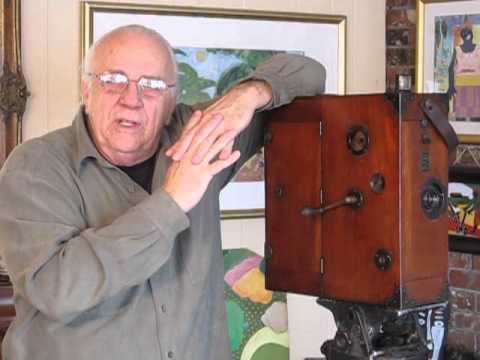 Everyone knows the story of over-cranking, because it went on to become what we think of as slow motion, (i.e.. the obsession of every camera company).

But under-cranking stayed around too, and it found a steady job in action films. After all, fewer frames produces faster looking movement.

This is particularly relevant when you’re shooting a fight scene. You’re not going to want actors (or their stunt doubles) going full speed during the take — unless you’re alright with someone taking a full-force roundhouse kick to the face.

Instead, you under-crank the camera, capture fewer frames, and film the shot in a way that accelerates movement. You get the same intense effect without the risk of bodily injury.

To be clear, we’re talking about in-camera under-cranking. You’re slowing the frames per second (FPS) down to between 22 or 20.

Now that you’ve got a better grasp of under-cranking, let’s look at a few different applications of these techniques.

Action sequences are the most obvious use of under-cranking. As the last section mentioned,  shooting at a slower FPS when recording fight sequences is a longstanding use case.

From the fleet of custom made vehicles to the 120-minute adrenaline rush of plot, there’s a lot to love about this film. One of the ways Miller made the action scenes so intense was by manipulating the frame rate. In certain key sequences, the camera is clearly under-cranked.

“Something like fifty or sixty percent of the film is not running at 24 frames a second,” said Jason Seale, the DP for the film. “It’ll be running below 24 frames because George Miller, if he couldn’t understand the shot, slowed it down until you could.”

Watch as the under-cranking really kicks in at 1:30: 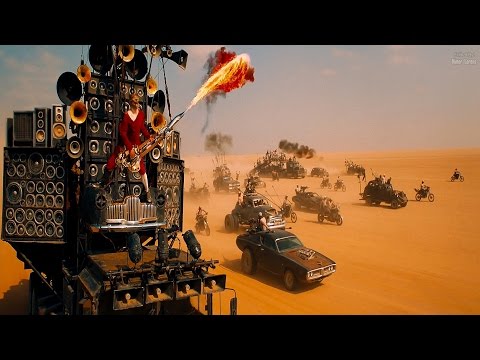 You wouldn’t think the action in this sequence could get any more intense. After all, we’re in the middle of a post-apocalyptic car chase.

But under-cranking certain shots — and not hiding the effect, but instead emphasizing it — injects an otherworldly intensity. The jerking motion gives the action a lurid aspect, making the viewer feel as if you’re being pulled headlong into the action.

These days, everyone is all about hyper lapses, and you can create one by using the under-cranking method. Think of a hyperlapse as a moving timelapse, or more specifically, a timelapse in which the camera moves a significant distance.

To get that trademark movement in hyperlapses, most people are manually taking photos, stabilizing them in an editing software, and stringing them together. If you like to suffer for your work, this is always an option—but it’s worth considering this type of project from a different angle.

If you significantly under-crank the camera’s FPS, you’ll capture so few frames that any moving objects will inherently have that hyper-realistic motion blur. Of course, we’re talking much lower than 23 or 21 FPS — something more like 10 FPS.

And instead of hours of post-production work, you’ll only have a little touching up to do when it’s time to edit.

However, make sure you shoot with some sort of camera stabilizer to avoid that jerky handheld look. Undercranking makes the subjects’ movements in front of the camera more intense, but it also makes any movement by the camera more exaggerated.

For that reason, I recommend steering clear of shooting with a handheld and instead using a stabilizer (like a Ronin or Zhiyun) or a tripod.

Here’s a video with a few hyper lapses I did for Soundstripe at NAB in 2019:

Since under-cranking isn’t widely utilized for hyperlapses, lots of filmmakers opt for photo-based technique. Essentially, you capture a series of individual images and edit them together to create the hyperlapse effect. On the positive side, since you’re taking megapixel photographs instead of 1080p or 4k video, the image resolution of a photo-based hyperlapse will be superb. All those images give you a lot of options for post manipulation. However, it’s a lot more work on the front-end and back-end. Under-cranking only takes a short time to set up, and it looks great right out of the can.

If you’ve ever filmed a product video, you know they can be challenging — particularly if you don’t have any actors in the shoot.

Sure, working with inanimate objects is less complicated than working with people, but objects are also less compelling. It’s down to you, the filmmaker, to create some interesting shots and make the entire affair engaging.

Under-cranking can be very handy here too. By filming some shots in a lower FPS, you can intersperse that footage with the stuff you filmed at normal speed to create some dazzling effects.

Here’s an example from a shoot I did at Soundstripe:

As you can see, the camera movements are faster, and there’s a snap to them that you can’t get with a normal FPS. The under-cranking also brings a bit of inherent chaos, which adds some much needed drama to these shots.

These are only a couple of examples of how to use under-cranking. I’ve also used them in music videos to add a new dimension. This technique is great, because it doesn’t require a ton of heavy lifting in post production, and the style is unmistakable.

Given the focus on ultra slow-mo, under-cranking is a surefire way to make your next project stand out.

You might also enjoy this article about frame rates and shutterspeed.

This article was written by Chris Haggerty and Zach Watson. Chris is the resident filmmaker at Soundstripe, a royalty free music company. Zach is the content specialist.