A couple of weeks ago I was watching Pulp Fiction (again) and I made a mental note about an aspect of that film I always found interesting. The scene where Bruce Willis’ character, Butch the Boxer, is in a cab and it’s obvious that the background of the city passing by is fake. I always thought it was green screen. But, as I learned from today’s episode of Film Riot, it was actually a projected image. In this case, a rear projected image of passing traffic (there’s another similar scene in the film with John Travolta’s Vincent Vega driving while high).

I’m used to seeing these kinds of scenes in older movies like the car chase scene in Dr. No. 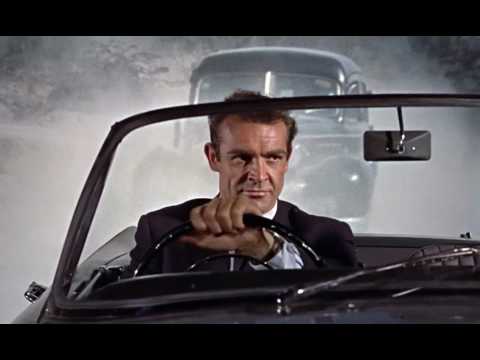 I also remember starring in a “movie” myself when visiting Universal Studios Hollywood Tour and being the lucky kid chosen to help demonstrate this “groundbreaking” effect. (I think they used rear projection. Or was it a green screen example. I forget. It was a long time ago).

As Ryan points out in the episode, the history of the effect dates back to the early 20th century, with films like the 1930’s film Liliom and the 1920 film Just Imagine.

But you might be surprised at how many contemporary productions you’ve seen that used front or rear projection in lieu of green screen. Movies like Terminator 2, Oblivion, and Aliens, to modern TV shows like Disney+’s The Mandalorian.

The Benefits of Projection

You may ask yourself, “With the advancements like green screen and blue screen, why would anyone want to use front or rear projection?” There are a few practical benefits. First and foremost, there’s reduced post-production time. You don’t have to key out anything and then key in a new background. You also don’t have to deal with the pain of keying out hair.

Second, having a practical “effect” like front or rear projection on set, gives you more flexibility in lighting the subject and camera movement.

This is all predicated on you having a high quality projector that can deliver imagery that looks as good as a green screen would. For this episode, Ryan was able to try out the LG Cinebeam. It boasts -4K resolution, a 2M:1 contrast ratio, DCI-P3 with 97% color accuracy, and HDR10 level brightness.

Pros and Cons of Front Projection vs Rear Projection

As the name suggests, rear projection is when a projector casts an image from behind a translucent screen. Front projection places a projector in front of a screen.

The primary benefit of front projection vs. rear projection is that it allows for a more saturated and sharp image. The downside is the throw length. This is the length from the projector to the surface on which you’re projection. The light that is cast from the projector could bounce and hit the talent. One of the benefits of the LG Cinebeam is that is has 2” throw length that is able to cast a 90” image. You can bring it as far back as 7.2” for a 120” screen.

At the end of the day, front projection (or rear projection) still remain viable options for film productions looking to save post-production hassle; or if you want to communicate a particular style like the case of Tarantino. And to prove we put our money where I mouth this, this episode was shot using front projection for the usual Film Riot green screen background. 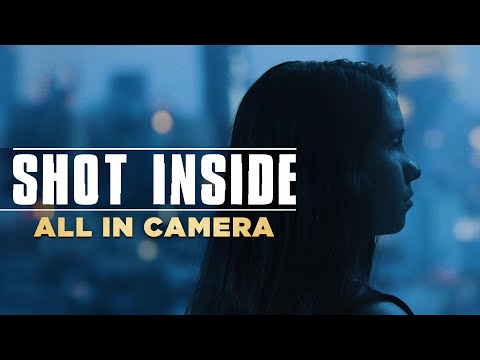